God Will Hold The Republicans Responsible for their Hatred and Bigotry 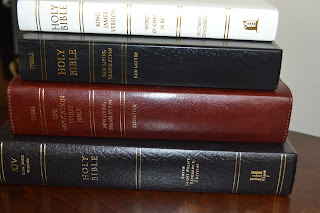 God will hold the Republican Party responsible for their hatred and bigotry, the type which Donald Trump campaigned with. The average Trump supporter will tell you it was not about racism, that is worth thinking about. It just happened that his campaign and his rallies drew only white people, and appealed only to white people, because it was for everyone.

A PURGING
God is about to purge the United States political arena of bigotry, hypocrisy, and lies, all of which the G.O.P has perfected while accusing others of doing what they are doing. This is what Donald Trump constantly referred to during the campaign when he referred to himself as smart, "very, very smart". This is the way the Republicans see themselves. But onlookers who don't look like Mitch McConnell see it differently, because, just like the numerous lies of Donald Trump, others can see through the lies, bigotry and hatred of the Republican Party toward those who don't look like them.

A SHOCKING EXPERIENCE
The United States and in deed the Republican Party needs a shocking experience to realize that all human beings feel the same pains and have the same needs to a more or less the same degree. To deny that others have needs just like you and your sons and daughters is to be ready to be flushed out from being leaders of your country, a leadership which you provide in a segregated manner.
The United States and in deed the G.O.P need a shocking experience or experiences to understand that all human beings are created equal and are all equal before God. And God is ready now to provide that experience or experiences which you have been asking for.

ABOUT TO GIVE ACCOUNT
Is Mitch McConnell ready now to make Donald Trump a one-term president? God will require it from Mitch McConnell to give account of his scheduled meeting in November 2008, where he declared that his sole priority was to make Barack Obama a one-term president. Why did you fail in your evil and wicked venture? Because the hand of God installed Barack Obama.

PAGAN ETHIC
The pagan ethics of the G.O.P are about to be wiped out from the American political arena. How come Vladimir Putin, the man President Obama was forbidden to talk to is now your bed fellow as well as that of Donald Trump? Is everything in your own life about skin color? All the dead wood of the party will be removed from the public forum and they are many.
Posted by Ida ZaraGrace Iyen-Aghedo at 5:14 PM