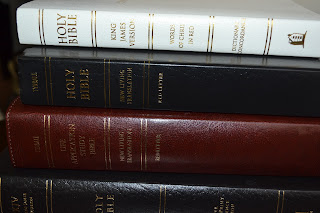 Prophecy On Its Head

The biggest story that is waiting now to hit the world is the Russian take-over of the U.S. 2016 Presidential election, the role of Russia and of Vladimir Putin to influence the election result, over which they have since declared victory. This will become the story that makes Civics and History lessons and books to be written and re-written in the United States and all over the world. It will soon become obvious that the Real story is the Russian and Vladimir Putin's attack on American Democratic system, and that the Susan Rice story is meant to be a diversion. However, the tactic has failed.

The real story is the Russian invasion of the U.S. democratic space, with the help and approval of  citizens, in what will become known as treason. Credit must be given to president Trump and his allies however, for all the stories they have made up to circumvent the on-going probe into the Russian/Vladimir Putin involvement in the 2016 Presidential election. This will be the "massive, massive story", because it will talk about greed, money, power, and mass deception, the type that has not been seen before in human history. It will also talk of the depth to which people can sink in order to have their way, confirming God's Word which says, "the wicked have no shame." This is the real story and will be told and retold for generations to come.

Any more prophecies Mr. President? Please share whatever you may have. They will be interpreted for you. Until then, History and Civics teachers can get ready to become millionaires.
Posted by Ida ZaraGrace Iyen-Aghedo at 10:07 AM No comments: