Have You Fixed It? And are you.. 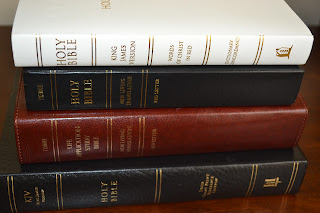 Are all your assertions true and accurate? Is your stand without corruption and manipulation? Is it without lies and falsehood still? Is your supposed vindication based on actual and real events, whose outcome was to be truthful because they were based on sincere and genuine actions and activities that were without guile?

Exoneration from crime and evil can be a result of a power play as the high and mighty usually do to extricate themselves from corrupt and criminal behaviors. It can be a result of a genuine lack of evidence of wrongdoing thereby vindicating one who was accused. It can also be the manipulation of facts, events and circumstances, by those who have the power to do so, to bring to be a desired outcome. Justice has often been sacrificed on the altar of "peace" and ironically, on the altar of fear, all in an attempt to please the powerful. And so, society becomes robbed of justice all the time in attempt to make it easier for the powerful to persist.

Where does your vindication stand? How did your exoneration come about? God will decide who is free of evil and crime. He will show who is exonerated and vindicated. It is not over until it is over!
Posted by Ida ZaraGrace Iyen-Aghedo at 9:10 AM